This picture was originally taken by my Nikon DSLR with an old manual Nikkor lens and it was in colour of course. Later I edited it using a film preset to imitate Ilford HP5 film .

Though from a distance the photo could look like a film one, still I see almost no analogue spirit in it despite this quite authentic preset. I like film photography, so I try to use those presets when editing my rare digital shots, but I always doubt if it adds anything to the pictures or ruins them.

Does this filmish effect spoil the photo? Below is the original. 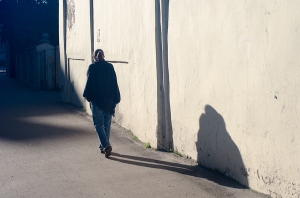